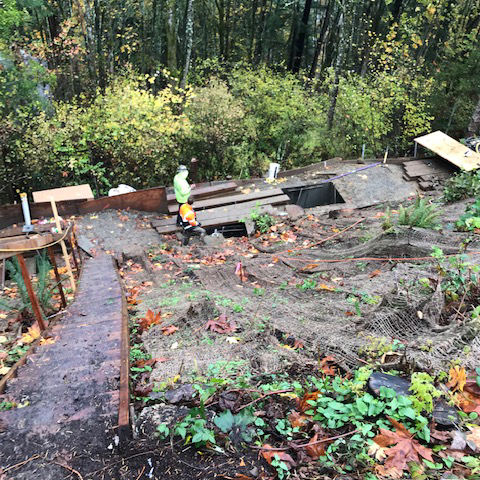 The downtown core of Tacoma is undergoing extensive redevelopment and modernization. As a part of this, two new multifamily buildings are being built occupying the south half of a city block in the 2100 Block of South Fawcett Street. An additional two buildings are planned for the future on the northern half of the block. The site was explored with numerous test borings, and competent glacial till soils were found at a relatively shallow depth over much of the property. Shallow perched groundwater encountered in some of the borings had to be considered for both temporary excavation and long-term drainage for the buildings. Excavation for the below-grade garages of two current buildings has required the use of both temporary and permanent excavation shoring. Soil nails were the preferred shoring system. However, right-of-way and permanent easement constraints required the use of tied-back soldier pile shoring instead.